Speaking in front of a crowd can be a terrifying experience for most people. I willingly volunteer to step up in front of the mike (now that I have overcome my fear of that technology). My nerves may shake a little before I get up in front, but they settle down once I can start sharing a word or two.

My nerves were amplified yesterday when I spoke at the Downtown Chapel service (held at noon on Wednesdays for those who want to worship God during their lunch break). This was my hometown. Many of the people in the crowd had literally known me since birth. I knew God had a word to share but that nagging feeling of “will they listen to ME” kept trying to paw its way to the front of my mind.

Life was CRAZY leading up to that talk.

My youngest son deleted files from my computer while I was gone. That required me scrambling to meet a deadline.

My middle son unplugged my computer before my speech was saved. That required me rewriting most of the talk.

My husband was in charge of the worship music. That required me listening to him talk about the upcoming event – something that makes my stomach turn even now.

My oldest son is a teenager. That needs no explanation.

I left early yesterday morning so that I could spend some time reviewing my notes and talking with God. On the way into town I tried to find some music that would sooth MY savage beast. My second time through the stations I became a bit frustrated. “God, it would be nice if you would have one of my peaceful favorites playing.”

Thoughts of Andrew Peterson singing “Faith to be Strong” popped into my head. It has been my go to peace song for about seven years. It would be perfect. The scanner stopped and Andrew Peterson was singing to me – but the words were different from those that I expected.

God spoke to my heart at that moment and I knew that He had me covered. Things came against me, and I did not even notice until this very moment a few of them.

• The crowd was smaller than usual. There was a time when I would have taken that personally, but all I can remember about the crowd is the expressions of those hearts that were listening.

• There was a memorial service after the chapel service and they had already set up pictures and flowers. It could have been unnerving to stand up with all of those decorations, but that morning I had chosen pink to wear and the decoration were in pink and I just accepted it as another confirmation that God had me covered.

• My microphone screamed at the crowd when I spoke my first words. I had forgotten that it was that very scenario that had me so fearful of microphones until I wrote the words at the beginning of this article. There was a time when I may not have been able to recover from that feedback, but my husband said that with three ums I was off and running.

It went well – and several people stopped to thank me for the words that came through me. No one rushed the stage to ask me to speak at their next meeting. No one even asked me for a card. We were rushed out of the building so that the people arriving for the memorial could have the space.

I love to talk – and not just the chatting type of talk. I enjoy having the opportunity to share what is on my heart with others. It seems that I get so few opportunities and I thrive in those few. I walked away from the event confident in the presentation but not in my own path.

“I prayed for you today.” It was the first thing that I read when I got home yesterday. A friend had posted on my Facebook wall. We know many of the same people so I assumed that someone had told her I would be speaking. “How did you know?”

I spent much of yesterday thinking about the path that God has for my life and whether I am going down the right one. I know that there are several opportunities before me, but I still feel like I am missing something. “God, is this really the way you want me to go?”

This morning the first message I read was a private one on Facebook from the same friend. “First thing this morning God laid you on my spirit.” I knew that God had me covered yesterday – but I had no idea to the extent that He had gone. It all started to make sense.

The song, the colors, the peace – God had placed me on the heart of a prayer partner and that prayer partner had lifted me up. How can I doubt for a moment that I am not going down the path that He is guiding me to follow?

When times seem almost right, but you are not quite sure, take a moment to look around. See the puzzle pieces that are being put into place. Look at the situations that are overcome. Recognize the support and encouragement that is being poured out over you.

God has you covered – and if He is covering you then all things are possible!

Breaking through the Noise

Connect with Kathryn on Social 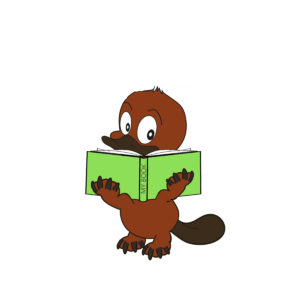 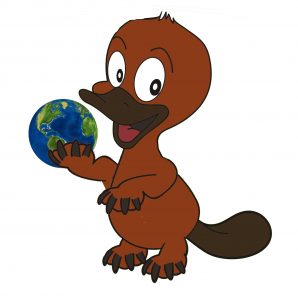